In an action packed night with fans across the globe tuned in to television sets and live streaming services, the Rising Pune Supergiant took on Mumbai Indians in the IPL Final at the Rajiv Gandhi International Stadium in Hyderabad. Both teams wanted to hit the pitch swinging as both captains Steven Smith and Rohit Sharma stated that their team would rather bat than bowl should the toss be in their favour. Mumbai won the toss and opted to bat first…

Lendl Simmons and Parthiv Patel opened for Mumbai while the Supergiant sent Unadkat to start off the first six balls. The first two overs went slowly with singles scored from half of the bowled delivery save for a double by Patel, totaling seven from both overs collectively. Jaydev Unadkat came in again for the third over and sent both Parthiv and Simmons packing with Catch Outs; the latter both bowled and caught by the RPS giant. Dhoni darts the ball into the bails in the fourth over but Rayudu appears to be safe for the moment as the umpire’s finger stays down. In the fifth over, Mumbai Indians score the maximum runs they manage to score so far…five making the collective total of the score 16 – 2.

Lockie Ferguson comes in leading the attack for Pune the next over and is greeted by the Mumbai captain with a Four off the first ball, just a sign for what is in store as the Mumbai skipper crashes boundaries reliving pressure with three additional Fours, doubling their runs in just one over. Rayudu gets his Four but in his successful and risky single runs finally lead to his downfall when the RPS captain Smith picked up the ball, turned around and shot the ball into the stumps, all in one motion as Rayudu fell short in an attempted run. Krunal Pandya came in next for Mumbai and it was only in the tenth over that Mumbai found a boundary with Pandya’s Four. Score after ten overs 56 – 3.

Rohit was sent out in the opening of the eleventh over as the Mumbai skipper hit a powerful shot into the sky that gained height at the cost of length as it came down just shy of  the boundary into the hands of SN Thakur at deep mid-wicket and the third umpire was convinced that he didn’t touch the boundary. Keiron Pollard comes into the crease and sends the Mumbai fans into a hopeful cheer as he hammers away a maximum over long off. But losing sight of fielder placement, he fired into a very straightish mid-off in his bloodlust to accelerate a Mumbai that appear to be lagging at the moment from lack of runs. Almost a carbon copy of his dismissal seven years ago against CSK in 2010… could MS Dhoni’s mind be behind this? Hardik Pandya comes to crease and the Krunal Pandya manages to score only one run off the six deliveries in the next over. Hardik gets a Sixer in the next over as the Pandya brothers share four singles between themselves but the duo didn’t last long as the younger Pandya was beaten with Daniel Christian’s full paced delivery with LBW. Karn Sharma comes to crease to replace him gets one run but also gets Run Out in the opening delivery of the next over as Mumbai manage a meager two runs off six balls totaling 81 – 7 after fifteen overs.

The sixteenth and seventeenth overs went by with singles and doubles totaling five and seven respectively. It was in the Johnson got a Maximum and Pandya got his Four as Mumbai sent the ball over the fence after a six over drought scoring thirteen runs that over also being the maximum they had scored so far. Pandya got a Maximum in the nineteenth over and another coupled with a Four in the final over, getting Caught Out on the last ball in what was an all or nothing shot. Mumbai crash out at 129 – 8.

Rahane and Tripathi opened for RPS, the former almost barging into the IPL trophy stationed at the boundary line as he walked in to bat. The Supergiant scored their first Four by Rahane in the final ball of the first over as they scored six from as many deliveries, just a tad below the required run rate. RPS got their second Four from a leg bye with Tripathi in the striking end. Jasprit Bumrah came into the attack for Mumbai in the third over and sent Tripathi packing with a well bowled LBW. Rahane got his second Four in the fifth over RPS finishing with thirty two, double of what MI had scored for their fifth. Score after five overs 32 – 1.

Next Malinga came into the attack but the Sir Lankan looked hardly threatening as Rahane got yet another Four slashing across his ball over the full outside off boundary. The seventh and eighth over went past with five runs scored off each. And the ninth over came grinding to a mere two runs off six deliveries. The tenth over saw another Four by Rahane as the Supergiant finished the first half of their innings with 58 – 1, just a tad over Mumbai Indian’s runs at the same over but two wickets less.

Rahane gets yet another Four in the eleventh over but gets Caught Out in the following over as Dhoni comes in to replace him. The next over moves dreadfully slow with only two runs off six deliveries, and the one after gets four. The fifteenth over sees six runs off six balls, the run rate increasing by two runs every over. Score after fifteenth over 83 – 2.

Dhoni gets a boundary and Smith gets a Maximum in the next over. RPS need Dhoni to start firing but it isn’t to be as he gets Caught Out in the next over. Smith gets a boundary the next over and a Maximum in the over following that. With eleven needed off six balls Tiwary opens the final over with a Boundary but gets Caught Out in the next ball as the Mumbai fans are sent into a frenzy while a wave of anxious howls echo in the RPS stands. Next the RPS captain Smith gets Caught Out as the Mumbai fans get more and more hopeful with each passing moment while the RPS fans can barely watch as their team crumbles under Mumbai fire. With seven needed off three, Washington Sundar gets one off a leg bye. Six needed off two. Next Christian gets two off Johnson’s full ball. Four to win off one. And the final ball was delivered by Johnson and Christian managed to get two runs again, but getting Run Out in his third attempt in what was a tie or fall attempt by RPS. Mumbai win by one run! What a Game! A final that’s determined by one run… 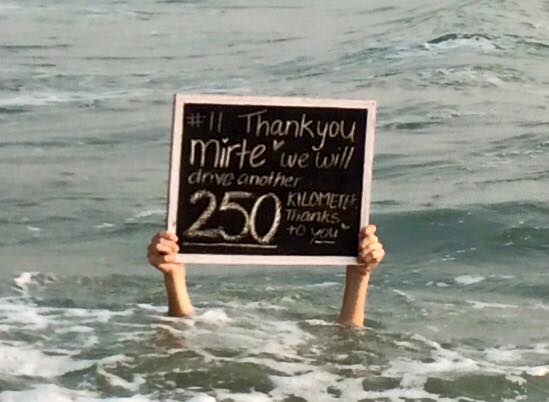