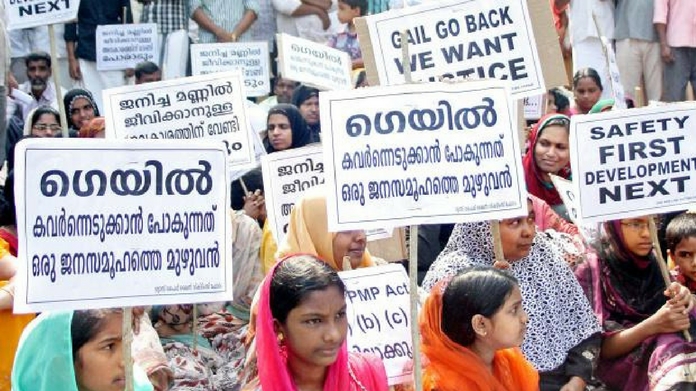 Mukkam : Amid demonstrations and slogan shouting, work to lay GAIL LNG pipelines resumed at Mukkam, with police protection on Saturday.

Sporadic instances of stone pelting and blocking roads were reported however work continues unabated and the situation is largely under control.

“Digging pits for laying the pipeline has resumed with police protection. Four kms have been covered” Sub-Inspector of Police at Mukkam, Abhilash said.

30 persons have been arrested so far in connection with  protest related violence.

Earlier, police had resorted to lathicharge, bursting of teargas shells when the protestors took to violence including destroying KSRTC bus, damaging police vehicle and a GAIL van carrying company officials.

Under GAIL’s Kochi-Koottanad-Bengaluru-Mangaluru LNG project, pipes will be laid for about 80 km in the district.