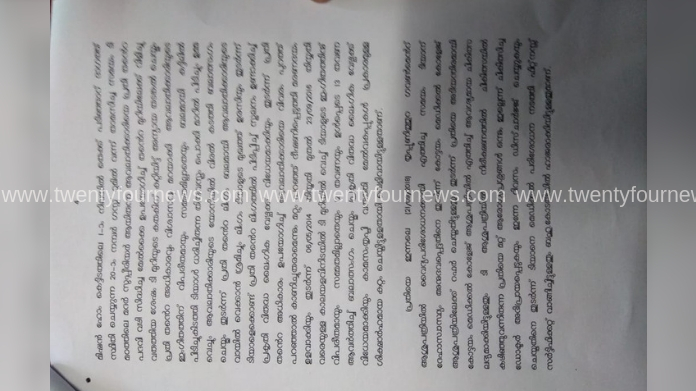 Kochi : A man working employed in gulf stabs wife to death at her family home in  the city.

Sheeba(35) has been staying with her mother Afsa. An agitated Sanju Sulal(39) reached the house and pulled out a concealed knife .

He attacked Sheeba and stabbed her in the belly. Afsa also sustained wounds as she attempted to save Sheeba and Sanju himself was injured on his right arm during in the violence.

Neighbours who heard sharp cries rushed to the spot and caught Sanju as he tried to  flee the scene. Sheeba was rushed to Lourde’s hospital where she died shortly.

Sanju, a Alapuzha naitve,  is said to have been suspicious over Sheeba cheating on him. He had arrived from gulf only 2 days ago.

Sheeba’s body has been moved to mortuary. Sanju and Afsa are being treated at Lourde’s when police oversee Sanju, awaiting to proceed with charges.