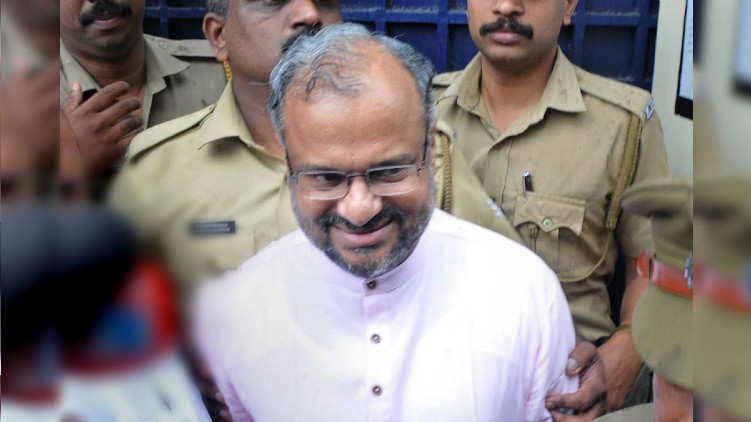 Kerala nun rape case, which triggered a controversy is again breaking news as the Bishop accused has been acquitted by a court in Kerala.  Kerala was shocked to hear the sexual assault complaint which had been lodged against Jalandhar Franco Mulakkal.

The additional sessions court in Kottayam ruled that the prosecution had failed to prove that Bishop had committed the crime.  “Daivathinu sthuthi which translates Praise the Lord!,” Mulakkal told reporters, before leaving the court premises. He broke down in court and embraced his lawyers when the verdict was announced.

The case was also in limelight and in talks because the victim was a nun and it was the first rape case against a bishop in India and the case has gained great importance in society.

The bishop’s argued that it was a false case because of resentment at the removal of the nun from the position of Mother Superior. The nun lodged a complaint with the district police chief after the case was registered on the bishop’s complaint. The case has been registered in the court with the details citing that the bishop is charged with rape, criminal intimidation, and forceful confinement.

In the nun’s complaint, it was reported that then bishop of the Jalandhar diocese of the Church, raped her and subjected her to unnatural sex 13 times between 2014 and 2016 at the Mission convent in Kuravilangad. Shortly after the FIR was registered, in September 2018, a group of nuns close to the victim began a hunger strike in front of the Kerala High Court premises in Kochi demanding the arrest of Mulakkal.

As per reports, the first attempt to rape was in April 2014. The nun had alleged that Mulakkal had raped her 13 times at her Congregation’s mission house in Kottayam district, over a period of two years from May 5, 2014. The nun complained that after attending a church service in Thrissur, the Bishop himself came to the guest house of Kuravilangade Math, called her to room number 20, and raped her. Later arriving at Jalandhar, the bishop called from there and spoke badly, the nun complained. Following this, a complaint was lodged in the church at that time.

The trial began in September 2020, and Mulakal approached the High Court and the Supreme Court with a petition to quash the charges against him but the courts refused to consider the petition. Following several interrogations and complaints, the bishop had been arrested in the rape case and was lodged in judicial custody for 25 days after his arrest in September 2018. Mulakkal was relieved from official duties at the Jalandhar diocese after he was charged by the police in the rape case.

Oman approves Covaxin for entering the country without quarantine