India rolled out one of the biggest vaccination drives in the world starting January 16, 2021, onwards, and this year it complete one year of the vaccination drive. Right from the stage of the development process, the drive has been one of the role models for the global community which has been carried out under the supervision of Prime Minister Narendra Modi. The drive is a reflection remembrance of relentless effort by the health care workers, and the drive was a difficult mission in a country like India with its massive diversity.

“India feels proud that we have been able to contribute to fighting the pandemic through vaccines and said that the role of our doctors, nurses, and healthcare workers were exceptional. During the drive, over 156.76 crore vaccine doses were administered and over 92 percent of the adult population have received at least one dose,” Prime Minister Modi tweeted.

Although a special group of people tried to confuse and spread misinformation about the effectiveness and safety of indigenous vaccines, the drive that occurred all around the country became the second-highest vaccination drive in the world. When one year is getting completed, Union Health Minister Mansukh Mandaviya released a commemorative postal stamp on indigenously-developed anti-Covid vaccine Covaxin to mark the first anniversary of the inoculation program.

In January last year, the first jab was inoculated to a sanitation worker. Inoculating the first person in the country with the Covid-19 vaccination was a viral clip that was shared by many. Manish Kumar, 34, works at the All India Institute of Medical Sciences in the national capital, Delhi. He had been vaccinated when India- the world’s largest vaccination drive center started its drive in the year 2021. The choice was seen as symbolic of India’s intentions to ensure its frontline workers were prioritized during the vaccine drive.

Later, the drive was opened up for the general public in a phased manner – from March 1 for people aged 60 and above; from April 1, for everyone above the age of 45 years; for all adults from May 1; and for teenagers between the ages of 15 and 18 starting January 3, 2022.

According to government data, In India, the first out-of-test Covid-19 vaccine was given on January 16, 2021. Since then, the government says about 1.565 billion doses have been given to about 908 million people across the country. Data. Around 93 percent of India’s adults have been administered the first dose of a Covid vaccine, while nearly 70 percent are fully vaccinated, said Union Health Minister.

Read Also: Vaccination procedures for children between 15 and 18 through CoWIN portal starts on January 1; The points to be noted before taking the jab

In the global context, 65.2% of India’s total population (not just adults) gives at least one shot, which is ahead of the global average of 59.9%. However, according to world data,  India’s two-dose coverage of 46.9% of the population lags the global average of 50%. Although India surpasses the countries such as Pakistan (45% population given a shot), Russia, and Bangladesh (51%), it lags several other nations such as Iran (71%), the United States (75%), the United Kingdom (76%) and Brazil (77%).

Moreover, the Union Minister said, “This is a historic occasion for us as a postal stamp is being released on the completion of one year of the world’s largest Covid-19 vaccination program, which was rolled out in India on January 16, 2021. Within a span of one year, we have administered more than 156 crore COVID-19 vaccine doses. Our vaccination program is, in fact, a role model for the global community.”

Also on this occasion, Union Health Minister of State for Health Bharati Pravin Pawar congratulated the Indian Council of Medical Research (ICMR) and the Bharat Biotech team for developing the indigenous vaccine in such a short period of time and said it has also got worldwide recognition. Delhi, Kolkata, and 3 others…Indian cities among the world’s noisiest places 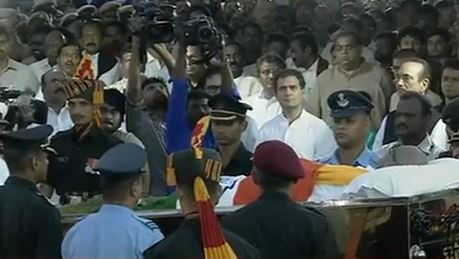 UP man thrashes daughters aged 4-10 with hammer, Sets them on fire