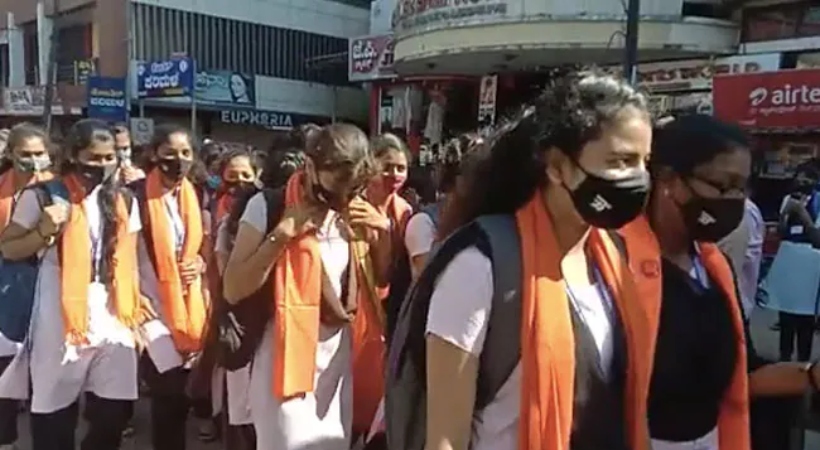 The word ‘hijab’ is now at the center of a raging controversy in the state of Karnataka. When a group of Muslim schoolgirls at Udupi Women’s Pre-University college attended classes wearing hijab, it became a topic of talk in Karnataka from January this year. Following this, similar incidents have been taken place in some parts of Karnataka and it triggered a fire to blow out in Karnataka. When Muslim girls came to the classroom wearing hijab, Hindu girls in the classrooms started wearing saffron shawls as a sign of their protest towards the hijab. Soon after the controversy, clashes occured and community violence erupted in the campuses across the state.

Although Hijab, burqa, and niqab are just three kinds of veils used by Muslim girls around the world, each of them has been considered and treated according to the law of each country. When girl students wearing the hijab entered the classrooms, some of the schools claimed that it broke their uniform code. Also, some students protested in the college for wearing the hijab and in Shimoga, boys hoisted the saffron flag in the courtyard of the college where the video of it was doing rounds over the internet.