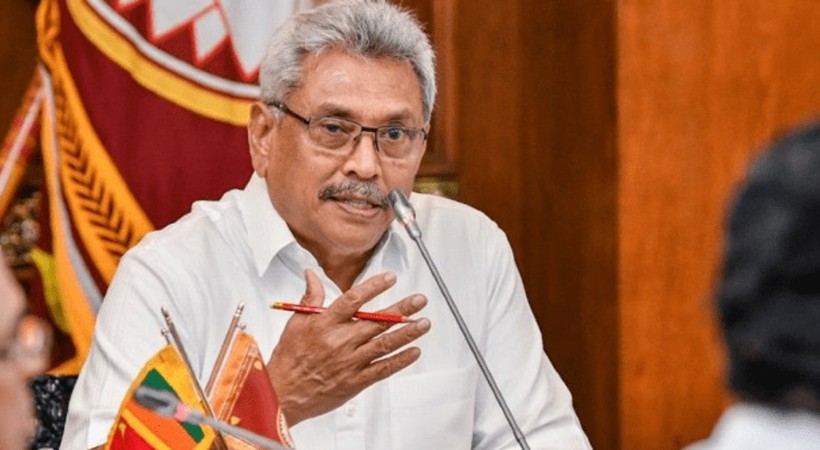 Protests have been taking place in Srilankan streets, as the country is witnessing an extremely worse economic crisis, a severe shortage of food, petrol. The ongoing crisis in Srilanka has been marked the worst in decades where the impact of the crisis paved the way for the people of the country to protest over the ministry.

Tens of thousands of protesters have demonstrated in Sri Lanka’s capital, calling for the President to resign as the country suffers its worst economic crisis within memory. They protested in the streets saying that the current president Gotabaya Rajapaksa should resign. Also, the protestors gathered at the office of the president in Colombo which was led by supporters of the opposition party, the United People’s Force.

As per a Reuters report, Sri Lankan President Gotabaya Rajapaksa’s government has said that it will begin talks with the IMF next month for assistance, while the Finance Minister Basil Rajapaksa flew into New Delhi yesterday to sign a $1-billion credit line to tackle the situation.

One of the opposition leaders said, “We have repeatedly told the government to change their policies.” The government led by the Rajapaksa brothers, another of whom is Prime Minister Mahinda Rajapaksa, has plunged 22 million people in Sri Lanka into dire straits.

Sri Lanka is passing through an acute economic crisis due to depletion in foreign reserves which in turn has resulted in shortages of fuel, food, medicines, cement and other essential items in the country. As a result, the currency rate of Srilanka against the dollar has fallen down fervently.

Sri Lanka is struggling to pay for imports as its foreign reserves are at an all-time low. Fuel shortages have curbed transportation within the country, including essential supplies, and have led to hours-long daily power cuts.

Sri Lanka’s forex reserves have shrunk by 70% in the last two pandemic-hit years, reaching about $ 2.31 billion, and the island nation is struggling in multiple ways. In the wake of the financial crisis, the Central Bank of Sri Lanka released the national currency last week, resulting in a 36% devaluation and a sharp rise in prices.

It can be seen on social media that the people of the country protested in the streets with a piece of ‘rotti’  which hung on a rod. Depletion in foreign reserves has led to uncertainty about the Sri Lankan government’s ability to account for the import of essential items and debt servicing. Sri Lankan authorities have acknowledged that they are facing increasing difficulty in settling the import bills due to the dollar crunches, particularly for the import of fuel for daily requirements. For the first time, scientists grow plants in moon soil in an attempt to make space agriculture

Born after 21 weeks, US boy breaks Guinness World Record as most premature baby to survive